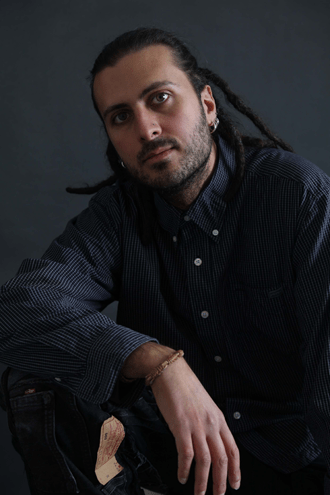 A native of Barcelona, Spain, Albert has self-taught guitar since the age of 14. Albert was exposed to flamenco at an early age, with a mother from Córdoba and grandparents from Sevilla, the southern Spanish province of Andalucía where flamenco originated. In addition to the traditional flamenco, popular throughout Spain, Albert grew up with the global influences characteristic of cosmopolitan Barcelona, especially the Rumba Catalana.

Later formally trained in classical and electric guitar and then in jazz and flamenco, Albert has used his versatile repertoire to create his own his unique “fusion” style. His musical career consists of performances with various pop, rock, jazz, funk, acoustic, and flamenco bands throughout Spain and New York.

From 2008, under his nickname “Alberto el Mamífero”, he started his project fusing flamenco with jazz and world music.

Albert is recording his forth studio album with singer Bárbara Martínez in New York City, stay tuned for more updates!